skip to main | skip to sidebar

The first years of this age are characterized by the big technological boom. Members of researching groups found big resources of carbon (1720 ECHS) and iron (1749 ECHS) in the volcano area. In the council reports, in the communication papers these years are referred as carbon years or iron years. The profits from these discoveries came very fast, a big development of the agriculture, building ships, a better communication etc. (electricity – volcano in 2000th years; 2080, new project group, made by members of communication, technologists, energy villages Volcano energy group. Way to use energy to send messages with electricity. Island’s radio 2101 ECHS)

Until late modern ages, the school system in the island was very traditional, some villages didn’t have any schools. Fishermen, artists, taught their children from the young age, so one form of occupation was developed in each village, and also in each family. They were 2 universal schools, obligatory for every inhabitant:

The new generations of Enrisuoma, wanted a more universal education. Thanks to the new technologies, life started to become easier and faster. Changes in culture gave an inspiration to young brains, who wanted be more universal than their pragmatic parents. Around year 1910 ECHS, young people from all villages formed new movement named Song of the other point of view. The name reminded the first codex of the island, and informed the members of the council that “youth wants a new law, youth wants a change”. Meetings of the movement were similar to the meetings of the Island’s council. Art and culture was not only the inspiration, was also the weapon. Youth organised a lot of cultural performances, during which, they presented their “other point of view”. They convinced with their idea the artists and the technologists, so the “adult” council agreed to discuss. The effect came out in 1921 ECHS, when a group of noble 22nd ( 2 persons, young and adult, from each village), started to work on the reform. 01.01.1925 it’s the date of the beginning of the new educational system, together with a new law: §8. Wherever you look, remember that exist other point of view. Another effect of the movement of the Youth and of the work of the noble 22nd was a big change in the culture, from now on, named as a neoclassical époque.

Before the description of Enrisuoma’s “renaissance”, we have to say a few words about the Great Legend Époque, beginning in early modern times, in 1642 ECHS. In 1623 ECHS, a big storm near the island caused some loses in the island, especially in the fishermen village. Mystical village wasn’t destroyed, but the threat of losing the only copy of written legend created a new challenge: to write down the famous literature treasure in the modern writing system. The project was realized in 1642 ECHS. The publishing of the legend took place in the holiday month; island’s artists presented a legend in the theatrical way. The big success and the pride of having such a heritage, inspired artists and philosophers. In the next dozens of years most of art was influenced by the ancient legend. It was also a golden time for literature and theatre, that were developed faster than ever before. From these time comes another important law of the Island, known as §1. Everyone has a right to act and react.

The Neoclassical époque it’s the next natural step in cultural life. People started to look back in the history, started to form opinions, started to learn from the experience of their ancestors. In these times the council decided to reform a law. In the past ages, Enrisuomalainen were still very pragmatic and didn’t like many details in their laws, so they had created about 80 laws. Some of them were either so obvious or very deep in their tradition or just obsolete. That great historical trend was the best occasion to make an order in the codex. The greatest brains of the Island started the work in the year 1967 ECHS. Among them there were lots of intellectuals of the Island, they proposed to create a constitution which will state mostly about spiritual things, about what every person can share. This is the reason why that group which worked on the constitution, is called in historiography as The soul travellers. They finished their work in 1972 ECHS, from the following year the Constitution was publicly approved by everyone, even by the kids. The founders of the constitution, left space for eventual new laws in the future, but they said that it can be no more than 11, and the character of the new constitution paragraph, has to talk about the spiritual life of every human being. The rest of the laws, pragmatic, were compiled in The Small Book (1983 ECHS).

Posted by Enrisuoma Island at 17:14 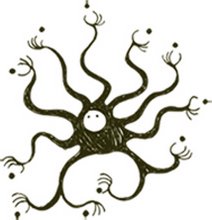 Enrisuoma Island
Enrisuoma is an unknown island somewhere between alaska and India. Nobody have never been there and this island just developped itself by its own till september 2005... when was organised the first exploration of the rest of the world. In this page you can find some of the first informations about this island we got by meeting those "Enrisuomalainen explorators" on the road of France (sept 2005) and Lapland (sept 2006)